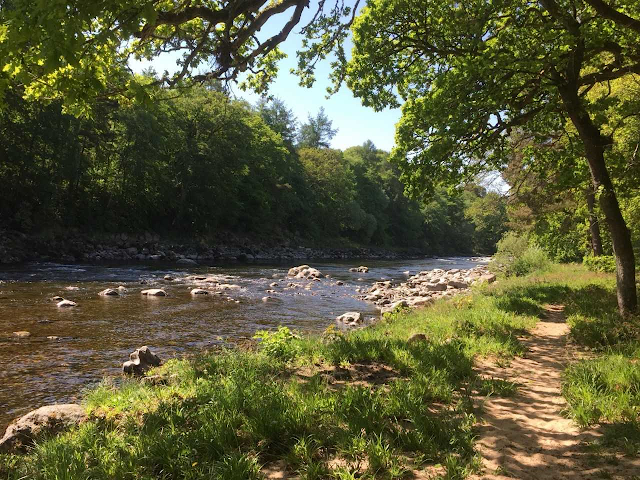 I volunteered to take part in an event for first year medical students out in Ballater.

This event was part of a series of activities organised for first year medical students that had opted for a taster of rural GP life as part of their Student Selected component block. It took place out in Ballater hostel and I was one of seven GP trainees who had headed out for the evening.

The event included an initial ice-breaker, dinner and a speed dating type event during which medical students moved round in pairs asking questions from each trainee for roughly 10 minutes each.

This was a new experience for me as I'd never been provided with this opportunity at medical school but I found it really rewarding.

We had really positive feedback from the first year medical students saying how they enjoyed being able to ask anything and everything about training. Additionally they appreciated our honesty and general enthusiasm we had for the specialty. They also benefitted from the range of GP trainees present from part time to full time, from just beginning to final year.

We spoke to the students for a total of probably 1hr and a half but the time flew. I also found it really easy to chat to them about my career because the more I spoke I realised how genuinely passionate I am about GP training in Grampian. 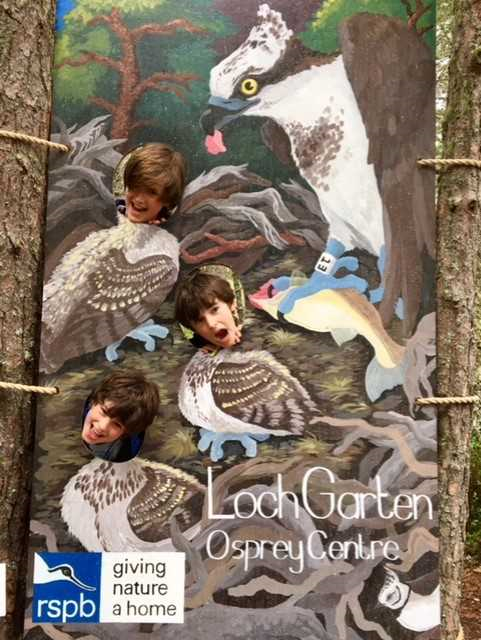 In-service days loomed large and prompted the question what to do together for fun and excitement
for the long weekend? The first weekend in June always holds some interest at the Osprey Centre at
Loch Garten, osprey chicks should have hatched and the RSPB reserve is usually teaming with
interest and new life.

So, we headed down to the Abernethy, 50 square miles of wildland stretching from the River Nethy
to the top of Ben Macdui, Britain’s 2nd highest mountain. The area boasts ancient Caledonian pine
forests, sweeping moorland, vital wetland and dramatic mountains. The mountain bike tracks are
numerus and well maintained and the wildlife is varied and unusual with Crossbills, Capercaillie and
Crested Tit thriving in this protected environment. The reserve boasts the stronghold for the
countries Red Squirrel population and we tripped over sightings of these delightful and comical
mammals throughout the weekend.
The first day took us on a 20mile cycle via the Osprey Centre at Loch Garten. Our promises of Osprey
Chicks should have been backed up with better research as our arrival at the RSPB reserve was met
with somewhat sombre wardens. The nest had three eggs unincubated and unhatched. EJ the
resident 21-year-old female had found new love in a new mate, George and laid three eggs, but had
then been left hungry on the nest by this fly-by-loch, inexperienced male and had had to go off to
find food for herself leaving the eggs to go cold.
Further tragedy had hit the centre as the ‘Duck-Cam’ was duck-less. The Goldeneye duck, Britain’s
only tree nesting duck was missing in action, her nest and 10 sky blue eggs were left as a plaintive
reminder of nature’s unpredictability. Staff teased us with video footage of previous years fledging
and the kamikaze jumps from the nest box. They commented that this is the weekend this spectacle
is usually witnessed. If interested please click on the link below and fast forward the ‘build up’ to
3:47 to see the action…
So as the rain came on and we prepared to cycle back to Nethy Bridge we had to make do with a
photo of our own make-do osprey chicks and demands for appeasement ice creams… Unfortunately,
we could not avoid the inevitable with the observation that Ospreys only eat fish!
We were 35 miles from our home in Inverness, but minutes away from two fantastic GP training
practices in Aviemore and Grantown on Spey with this wilderness playground of interest and oddity
on their doorstep.
Goldeneye chicks leap from the nest box - https://www.youtube.com/watch?v=hc-S7xNEvxk
Dr Mark Taylor
ES & GP Associate Advisor, NES, Inverness Office
at 09:53 No comments: 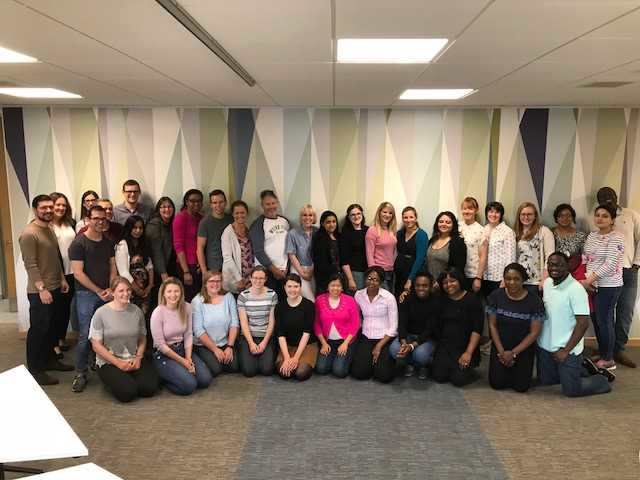 It’s that time of year again...the final session of group work for our current cohort of trainees.
The animated chatter over coffee was a great reflection of the bonds that have formed throughout the year. A light-hearted video followed and the trainees then had a chance in their groups to reflect on their journey over the past year and the future to come.
Thanks to the trainees for completing feedback, this really is very valuable to us. Our programme is constantly being updated and adjusted on the basis of your feedback.
We would like to wish all the trainees all the best for their futures; for the ST3s as they go on to new adventures and to the ST1s who we will have the pleasure of welcoming back in due course!
at 09:27 No comments: 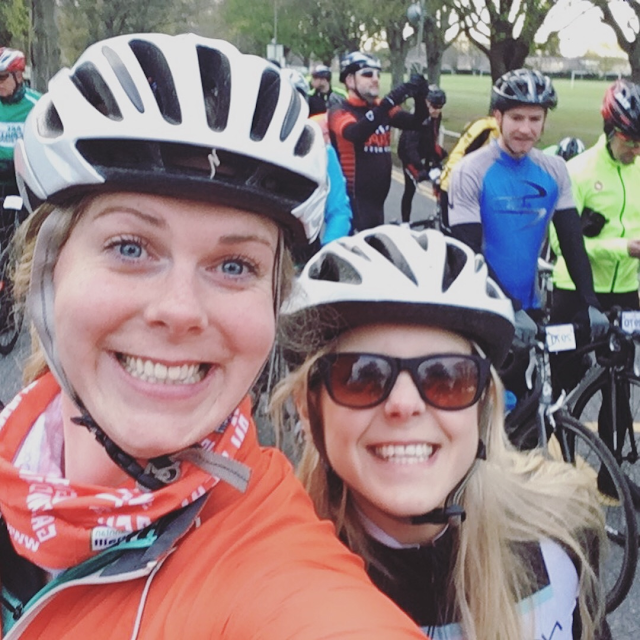 Over five thousand of us recently took on the Loch Ness monster. Not the mysterious, creature-kind, but the formidable etape. For those unfamiliar with this beast, it's a 66 mile cycling event circling the world-famous Loch Ness.

Despite travelling this road umpteen times throughout my life, I was still completely blown away by its beauty. Having the road car-free​ made it all the more enjoyable, with plenty craic along the way Just putting it out there: maybe the best cycle I have ever done. Reaching the bagpiper and the top of The Hill, I could not have felt prouder to be a Highlander. What an amazing place to balance work with life. To be welcomed at the end by a cup of Cromarty Brewery beer, and a Harry Gow dream ring, I challenge you to finding a better finish line crossing!

Being Invernesian may make me a tad biased, but I cannot think of a place I would rather live and be a GP. 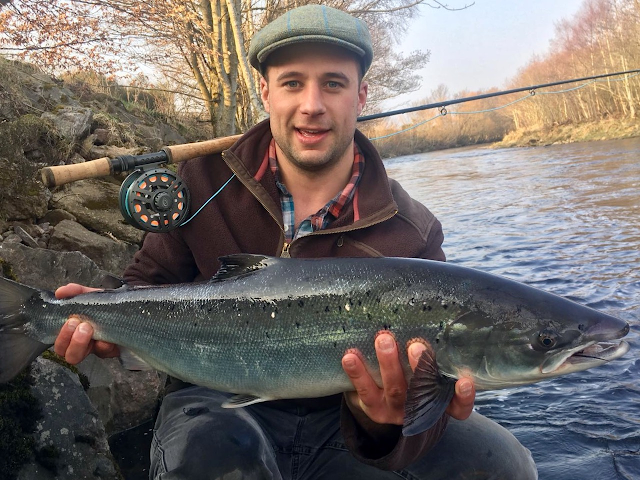 18 months ago I was reading this very blog. In the midst of application turmoil, I was weighing up the pros and cons of leaving known comforts in England for adventure and a better work life balance up North.

There was the risk of isolating myself in Inverness for three years, where I didn't know anyone, away from family and friends. On the other hand I had chosen medicine partly because I wanted to travel and work in interesting places. Places where I could spend my free time indulging in the outdoors and concentrating on important things such as fishing. In the end fishing won.

For less that the price of a London bed-sit, I've rented a farm house in beautiful countryside, easy cycling distance from my GP training practice in Nairn. Nairn is an idyllic seaside town which benefits from a friendly GP practice, stunning beaches and easy commuting to Inverness and the airport. More important Nairn has a fantastic little salmon river which conveniently runs behind the field next to my house. For a very modest fee you can join the Nairn Angling club and fish 8 miles of this river from March to October.

The fish in the photo was caught in mid-April. For those interested it took my own hand-tied "Cascade" fly in a turbulent river pool, a 5 minute walk out my back door on a beautiful spring evening after work. My first salmon and one of only a handful caught on the river so far Not something I could have done in Leeds! Still buzzing from the "fight" I returned the big fish to continue its journey upstream to spawn.

Now finishing my GPST1 year I can say my initial fears were unfounded. The locals and trainees couldn't be friendlier. I've seen plenty of my southern mates thanks to a great airport 10 minutes away, making it stress-free heading south or having them visit for trips in the hills or West Coast. 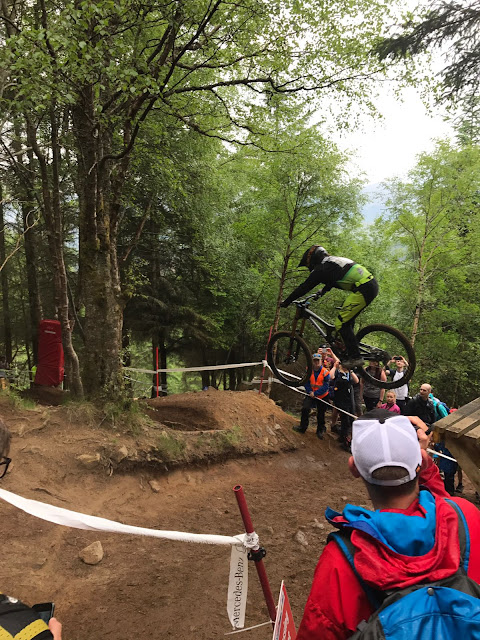 This weekend saw thousands of Mountain Bike fans from around the World descend on the slopes of Aonach Mor and the Nevis Range Downhill track near Fort William for the UCI Mountain Bike World Cup.

The glorious sunshine was broken only for a short while by a tropical shower as the Elite of the mountain bike world sped down one of the longest downhill tracks on the World Cup circuit.
If you join the Rural Track Programme you could be training here.