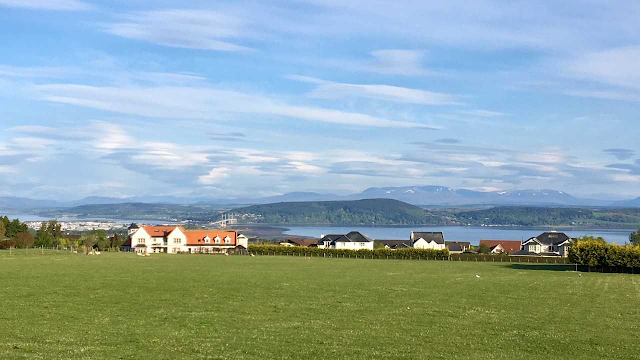 Due to circumstances beyond my control have had to dust down my bike and cycling shoes, leave the car at home and cycle to work . Given the recent fine weather we've had not such a hardship you'd think. However my new resolve was dampened somewhat by my cork handlebars, cycle overshoes and tri-bars all having been nibbled by mice in our garage. The realism of my endeavor dawning that perhaps it is longer than I thought since I was last in the saddle!

Still the effort has been well worth it with views like these to start and end the day. It doesn't seem to matter what happens in between when the weather is fine and the views are as good as this to cushion time and the hour of a busy day in practice.
Where in the country can you cycle to work, on quiet roads straight into a city and see a fox, a pine martin and three red squirrels all in the space of a hundred meters of Caledonian forest? Fortunately for the squirrels there was some distance between them and the pine martin...
What a privilege to live, work and play here.
Dr Mark Taylor, GP and Trainer, Kingsmills Medical Practice, Inverness
GP Associate Advisor, NES, Inverness Office 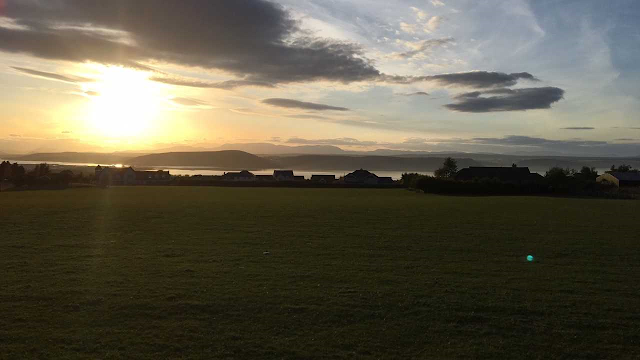 End of Group Work for the Season... 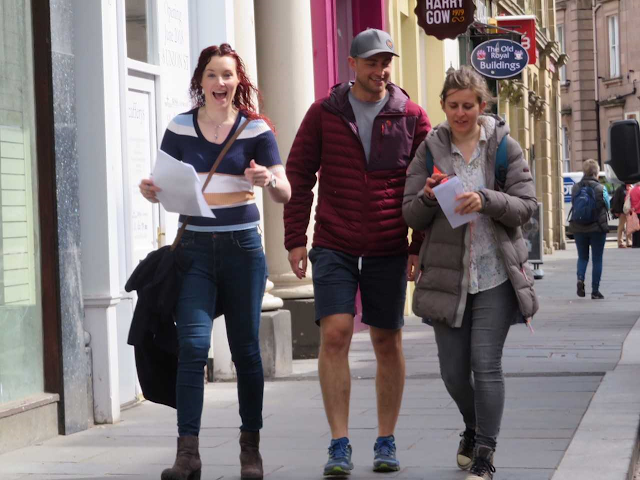 Group 2 ended their year together with a Community Orientation tour of Inverness organised by Dan Simpson, GPST3 in the group. The group embarked on a Treasure Hunt for resources around Inverness to support a patient, Mike and his life’s journey. The ups and downs, mainly downs and the trials and tribulations, mainly both through an early marriage, accidental fatherhood, drug addiction and steroid misuse and housing problems. A life you’d have thought would end in further calamity, but was thankfully was saved by a happy ending, the partner of his dreams and three ‘very gifted’ children…!
The treasure hunt took the group through twists and turns around Inverness taking in the sights: needle exchange points, drop-in centres and support agencies and through over 8000 steps to end at Eden Court Theatre for coffee and cake.
The afternoon had a big ask to match such adventure, but the group headed back to Centre for Health Science for a free lunch and time to catch up with other groups from Caledonian and Rural Track programmes which had to be a good start to the afternoon. This was followed by a presentation on the Homeless Service in Inverness and measurements of weight, BMI, % body fat, % Body Water and biological age calculation, a tool used by the homeless service to promote healthy eating amongst their clients. Fortunately, time ran out before this facilitator could step onto the scales…!
The afternoon ended with some motivational videos, reflections on the year of day release and final goodbyes to those leaving the group.
A fitting end to the year, bring on the next…!

Best Beach for Days off.... 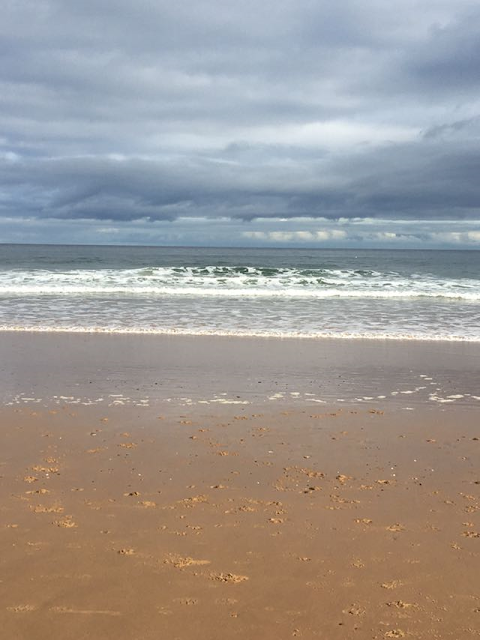 Cullen Beach on Moray Firth has been voted the best beach in Scotland for sun worshipping. If you choose to train in the North you could be working and playing near here.

Nairn, near Inverness and Broadford, on Skye were also voted as top beach destinations. Join the Caledonian or Rural Track programmes and you could be spending days off on these beautiful beaches.... 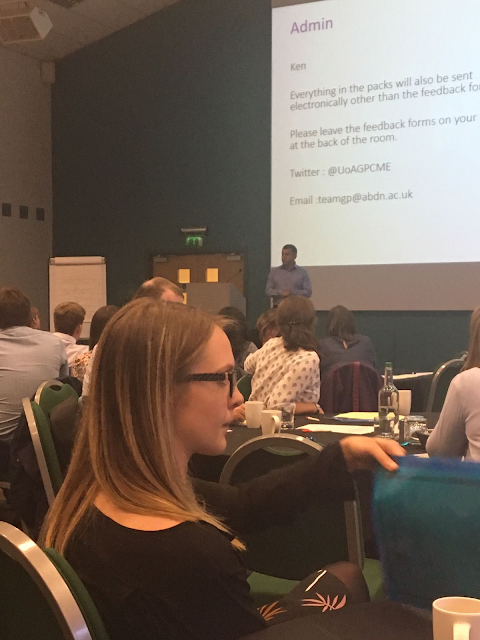 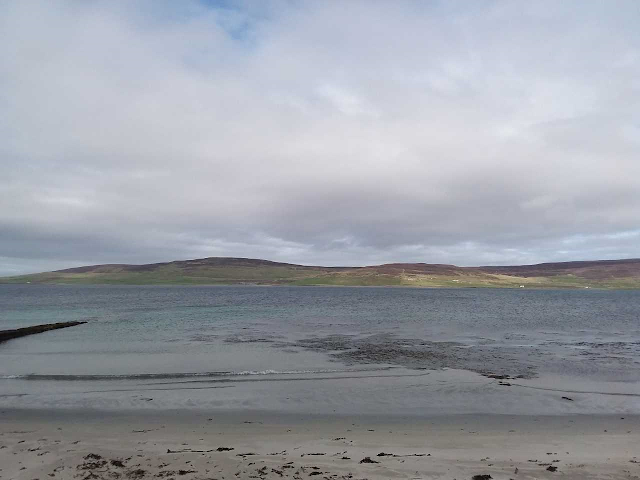 I sent my patient away with a flea in his ear the other night. (Semi) literally.

Dr Google seems to have immense faith in the ability of the humble doctor to solve - well, anything really. Take - ooh, I don't know - the moment a moth flies into your ear. "Entice it out with a bit of grass," says one website. "Float it out with olive oil," advises another. And of course, if these efforts don't work, "Go and see your doctor." But bear in mind that you've now stolen their first line of attack!

Still, I suppose I have funky crocodile forceps and an otoscope, and access to an ENT registrar in Aberdeen. What I don't have however is an iron nerve when the moth has been flattened against the tympanic membrane. Or suction. So after multiple efforts I finally admitted defeat, and provided the only option I could: a begging letter to my training practice asking them to take the patient on as a temporary resident the next morning (he was only here for a day...) and try to succeed where I'd failed.


I like to imagine that all the olive oil we'd put into his ear made the ear canal so slippery that the moth started to slide out while he slept - but I imagine the truth is that the GP who saw him was just better at this sort of thing than I am. Fortunately I'll be visiting the practice next week - time to get a quick lesson in moth removal!


At the other end of the scale, I finished my nights with a trauma call - a car crash with 2 casualties coming in together. I'd hate you to think it's all moth removal and swimming....


Meanwhile the weather is warming up and we're starting to get some distance in in the sea - there are various plans afoot for swims round islands (it'll need to get a good bit warmer still....), SwimRuns between & across islands - and a visit from my family next month!

Not to mention that there are orcas in the local bays at the moment. Not that I've seen them yet, but they're something to look out for. (From the shore. Obviously.)

Looking for a fun day out this weekend? Better get a moooove on to the Rora Dairy... 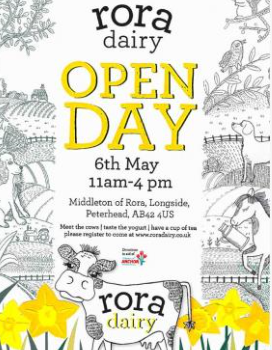 Rora Dairy is just short trip away from Peterhead where you could under take your GP training. The well equipped Health Centre includes all the usual GP services and also has a casualty and X-ray facilities. The GPs also provide a GP services to HMP and YOI Grampian.

This family fun day is raising money for the ANCHOR unit (Aberdeen and North Centre for Haematology, Oncology and Radiotherapy) at Aberdeen Royal Infirmary. As a GP trainee based in Aberdeen you may have the opportunity to rotate through the ANCHOR Unit.